Campus to Community and Back Again

As obtaining a college education has progressively become the norm in the United States, it also has, unsurprisingly, become a meaningful time of discovery in every young person’s life. In deciding and pursuing a field of study, they are also seeking to define the impact they might make in the world.

Yoshitaka Goto recently graduated from the University of Washington with his Bachelor’s in Bioengineering. His unique adventure from his freshman year to his graduation was featured on the UW website. Here he credits his life-changing experience on Leadership Task Force (LTF) as a driving force to achieving his spiritual goals through his academic pursuits.

In school, Yoshi was actively involved in Bioengineering programs like iGEM in which his team placed at the 2016 and 2017 international competition. He also took on leadership positions as an officer in campus groups and volunteered for Family Peace Association in his spare time. It wasn’t easy.

“My freshman year at UW was a huge culture and lifestyle shock,” said Yoshi. “I didn’t know how to study, I didn’t know how to take exams, and I had friends who wanted to go into BioE who would do much better than me in classes. By the end of freshman year, I felt that I wasn’t cut out to be in BioE and actually thought about dropping out of the major.”

At first discouraged, Yoshi was looking for motivation and purpose. This is his story: 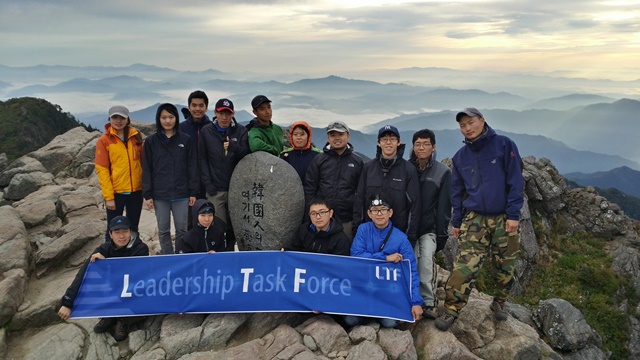 Leadership Task Force hike until the top of Mount Jiri in South Korea.

At that point, I was very stressed and thought, ‘This is not going well,’ so I actually took a year off. I ended up going on an overseas leadership program called Leadership Task Force, a pilot program by the Family Peace Association which brought together college students from all over the world. We were based at their headquarters in Korea, and from there we developed teamwork, organization, and speaking skills to effectively raise funds and run service or educational projects in other countries. I went to the Philippines, Nepal, Malaysia, and Mongolia, and at every location, my team and I partnered with the local communities to provide a long-term and sustainable service.

I came back with more willingness to engage with people and to take more responsibility, but at the same time, I had a more open mind of what was available to me. I realized that UW is a big place, which is a little overwhelming. But it also has every single opportunity you can think of if you look for it. I came back basically a different person, and I had a better sense of purpose of why I wanted to go through university and be in the BioE program. 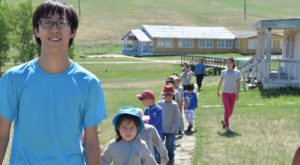 I personally believe that every single human being wants to help other people. And they might not be doing it the right way, or people might not agree that they’re doing it the right way, but I do believe every person on earth wants to help other people. A lot of people who say ‘I don’t know what I want to do’ are still passionate about something. I think that if you have those interests and you’re clueless, I recommend stepping out of your comfort zone and what you ‘should’ be doing, and trying something different.

Success in academics and life itself is a result of hard work and more importantly, the determination and passion to learn and create something that will bring benefit to many people. As Yoshi discovered in his service to others around the world, true satisfaction and fulfillment come from living a life of purpose, especially when that purpose is to live a life for the sake of others. This purpose instills motivation that can fuel your passion for a lifetime.

Programs such as FPA’s Leadership Task Force, aim to provide this kind of education and experience for this critical period of life.  To learn more about LTF and other programs, click here.